Posted on 12-02-18 by The Labour Party in Work, Pensions and Equality 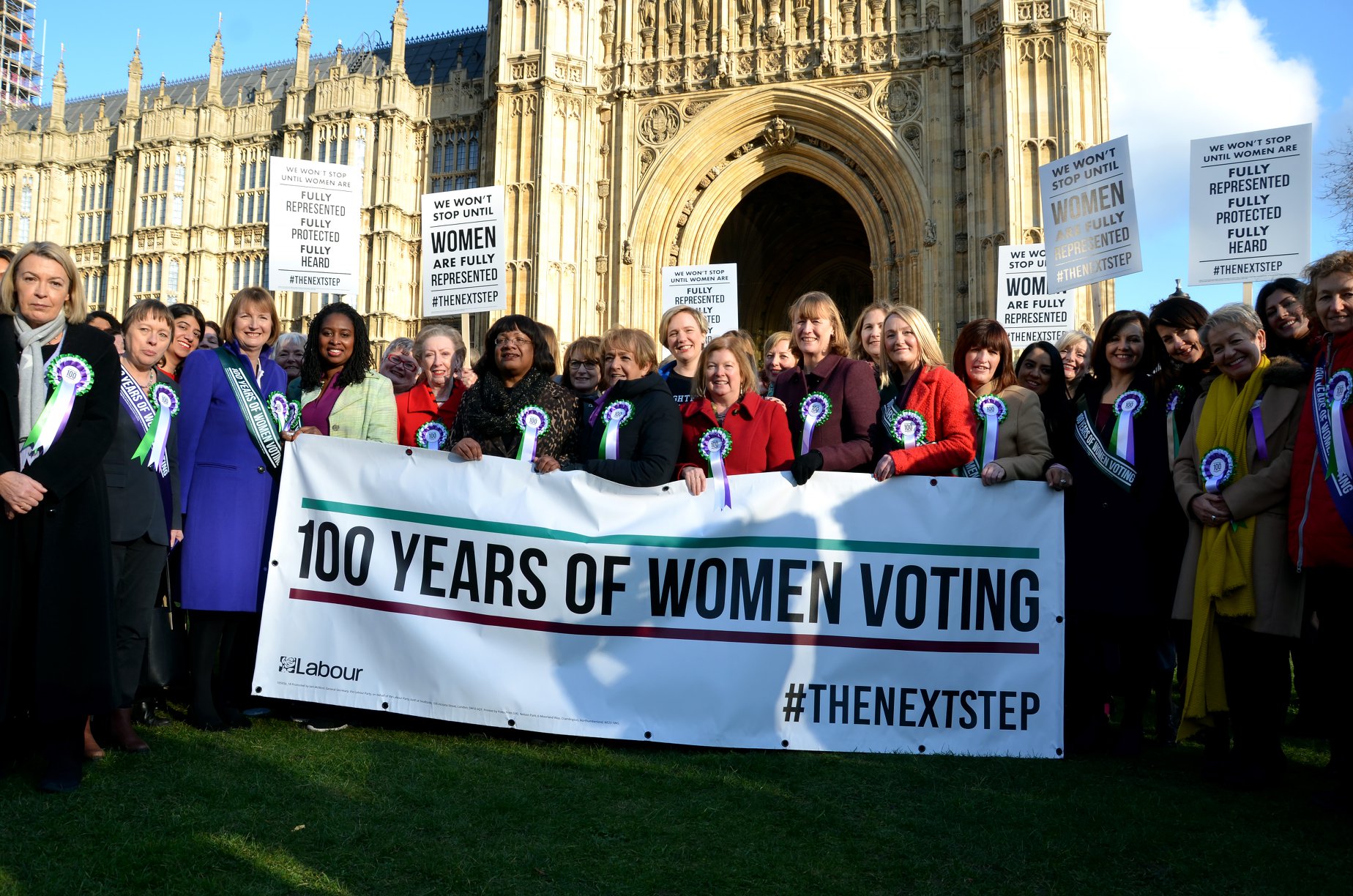 On 6 February we celebrated 100 years since our country took the first step towards getting all women the right to vote.

While the 1918 Representation of the People Act was a huge triumph, this was just the first step towards all women gaining the right to vote. The Act enabled women over the age of 30, who owned property or were graduates voting in a university constituency to take part in democracy and have a say in elections for the first time.

The result? 8.5million women were added to the electoral roll. The Suffragette movement didn’t stop there though – ten years later all women aged 21 or over were given the right to vote.

To find out more about Labour’s plans for gender equality, head over to Labour Stories and to watch a video with Shadow Secretary of State for Women and Equalities Dawn Butler and Shadow Secretary for Voter Engagement and Youth Affairs Cat Smith talk about Labour's plans.

We want to make sure every woman in this country has their voice heard, and we won’t stop until women are fully represented in our politics and in our parliament, fully protected under law and fully heard.

This year, through Labour's policy making process, the National Policy Forum (NPF), we'll be looking at how we further develop the policies set out in our manifesto, including our key pledges on gender equality. We have chosen eight key areas to examine and we want to hear your thoughts.

We'll be providing further details in the coming weeks, including publishing consultation documents and letting members and local parties know more about the different ways to play a part. In the meantime if you want to let us know your thoughts — either on the eight topics or gender equality specifically — or are interested in finding out more about how the Party makes policy, you can do so on our online submissions page.