Have your say on the Autumn Budget

Posted on 22-11-17 by The Labour Party in Economy, Business and Trade 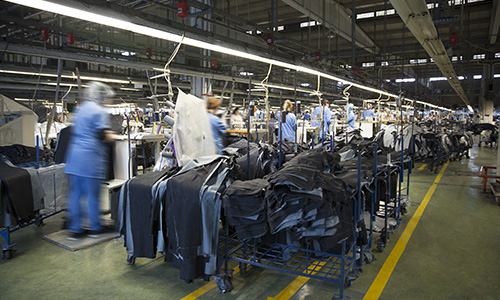 The Government presented their first Budget of this parliament. The Chancellor, Philip Hammond, set out policy announcements on housing, taxation, welfare and pensions, education and infrastructure. Yet, economic growth, productivity and business investment have been revised down. The Tories also promised a National Living Wage of £9 an hour by 2020, this has now been revised down to £8.56 an hour.

For the UK economy, this means continuing with slow growth, stagnating pay and poor productivity.

Labour would take a different approach to rebuild and transform our economy. We would:

- Bring forward investment and infrastructure across every region and nation. We would invest in a large-scale housebuilding programme, backed up with controls on rents.

- Scrap the public sector pay cap for the whole of the public sector; pause and fix the Universal Credit roll-out; and introduce a real living wage of at least £10 an hour by 2020 and an energy price cap.

- Reduce inequality by reversing planned tax giveaways for the super-rich like Capital Gains Tax reductions and planned cuts to Corporation Tax; and clamp down on tax avoidance.

Have your say on the Budget here, and let us know what else is needed to build our economy for the many, not the few.